Among all kinds of currencies in the world, only one has “In God We Trust” printed on it. It’s US Dollars. It’s only about 200 years since the United States became an individual country. But it soon became the world leader in various fields. Its currency, with In God We Trust on it, is the symbol of fortune and something people all over the world are after.

In the retrospect of human history, something quite interesting is that Shells were used as well-recognized currency in circulation in early human civilization worldwide. Before gold, shell was nearly the most precious object that men could possibly find. However, only a few pearls can be obtained among tens of thousands of rare shells, which made pearl the sacred treasure for people around the world. Pearl’s existence is very closely linked with the economy, culture, art, religion, science and other aspects of human society. Using Pearl as a Currency Concept is something we have been expecting in our heart for a very long time. 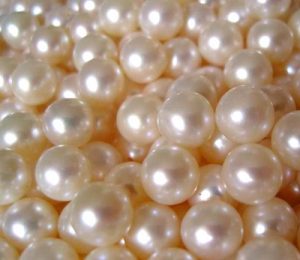 Pearl is the only sacred treasure that is mentioned in all the important religions scripts. In our heart, pearl is associated with heaven, paradise, peace, happiness and safety. Especially for natural pearls that grew in clear sweet water, all the religions consider it God-given treasure. The value of natural sweet water pearl is not something that artificially cultured pearls with nucleus beads inserted in them can be compared. [Pearl]

“Also, the Kingdom of heaven is like this. A man is looking for fine pearls, and when he finds one that is unusually fine, he goes and sells everything he has, and buys that pearl.” (Matthew 13:45-46)

“Don’t store up treasures here on earth, where they can be eaten by moths and get rusty, and where thieves break in and steal. Store your treasures in heaven, where they will be safe from thieves. Wherever your treasure is, there your heart and thoughts will also be.” (Matthew 6:19-21)

“So don’t be afraid, little flock. For it gives your Father great happiness to give you the Kingdom. Sell what you have and give to those in need. This will store up treasure for you in heaven! And the purses of heaven have no holes in them. Your treasure will be safe – no thief can steal it and no moth can destroy it. Wherever your treasure is, there your heart and thoughts will also be.” (Luke 12:32-34) 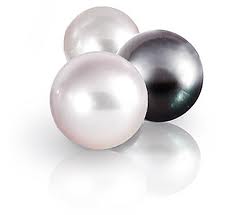 The BIBLE tells us, through Matthew 13:45, 46 “he who owns a precious pearl shall have a place in heaven” “The Kingdom of Heaven is like unto a merchant man, seeking goodly pearls: who when he had found one pearl of great price, went and sold all he had, and bought it.” In Revelation 21:” The twelve gates of Heaven are laden with pearls.” Hence, the reference to the “Pearl Gates of Heaven.”

The “fine pearl” referred to in the BIBLE Scriptures more than 2000 year ago, is considered to be “The nucleus of the sweet water pearl,” according to Chinese teachings.

Christianity teaches its more than 1.3 billion followers of Jesus Christ, an appreciation for the beauty, vitality, and enduring value of pearls.

In the teachings of the Jewish Talmud, there is a particular passage, which says, “The secret of a happy family is to treat your wife like a valuable pearl.” While the Israelites did not ascribe holy powers to pearls, there is a rabbinic story that when Abraham was entering. Egypt, he hid his wife, Sarah, in a chest because of her great beauty. At the border when challenged as to the contents of the chest, he said he would pay customers for clothes, gold, the finest silk, even for pearls. The customs officers could think of nothing of greater value than pearls. According to this tale, they demanded that Abraham open the chest. When he did, the land was “illumined with the luster of Sarah’s beauty.”

The Mormons who are members of the Church of the Latter Day Saints, believe in the “Pearl of Great Price BIBLE.”

The Buddhist religion teachings include reference to “Seven precious materials and eight treasures, which are gold, silver, coral, amber, mother of pearl, jasper, and pearl.” Tibetan Buddhists, have accepted pearls as a “gift from Heaven.”

The fine pearl referred to in the BIBLE Scriptures more than 2000 year ago, is considered to be “The nucleus of the sweet water pearl”, according to Chinese teachings.”

From the above extracts of the major religion classics, we can clearly see that all major religions mentioned pearl as the message of peace.

We sincerely hope that we can use pearl as a media to enhance the communication and understanding between various ethnic groups. So that through pearl, people realize the real meaning and intention of religions and the similarities between all religions. 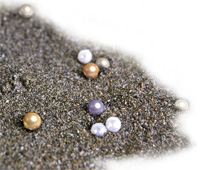 Pearl is not only a sacred spiritual significance, in nature, as pearl must grow in clean and pollution-free water, so it is more like a reminder to people to care for our survival environment. It is an initiative to protect our water resources and the climate. The proceeds raised by pearl can contribute to charity in big way.

In terms of the accumulation of wealth on earth, at the moment of the separation of soul and body, everything disappears. The wealth on earth makes no more sense to the person. All religions teach people to “Possession of real wealth in heaven,” What is the wealth of the eternal heaven? It seems that we could not find any other answer except pearl.

We will be carefully select Pearl Coin as the currency of heaven. We will work with churches, temples and other religious organizations to provide pearls as the future life wealth storage.

We can provide one billion precious Pearl Coins a year for this cause. we hope to cooperate with the Brunei Royal Family, to promote Pearl for World Peace.